In 2018, alongside iOS 14, Apple introduced two new privacy-focused technologies. The AppTrackingTransparency (ATT) framework required users to consent to tracking, whereas SKAdNetwork served as an attribution safety net for those that didn’t. Here’s what marketers need to know about SKAdNetwork in 2022 and beyond.

SKAdNetwork (or StoreKit Ad Network) is a privacy-first framework launched by Apple in 2018 to enable advertisers to track the effectiveness of their User Acquisition (UA) campaigns in aggregate, without visibility of user-level data.

SKAdNetwork was created alongside another privacy-focused initiative, Apple’s AppTrackingTransparency (ATT) framework. If you’ve used an iPhone in the last few years, you’ve probably seen the consent pop-up asking if you’re happy for your activity to be tracked. This is an opt-in for IDFA (Apple’s unique device ID) sharing, and stats suggest that adoption remains low, with only around 20% of users accepting tracking as of September 2021.

So how do advertisers continue to measure the effectiveness of their UA campaigns without access to IDFA user-level tracking? This is where SKAdNetwork – Apple’s campaign tracking safety net – comes into play.

To maintain user privacy, SKAdNetwork is designed to prevent data being traced back to any single individual. It does this via the aggregation of conversion event data combined with a time delay in reporting.

To simplify how conversions are attributed in the SKAdNetwork framework, here’s a play-by-play of an ad impression leading to an app install conversion event: 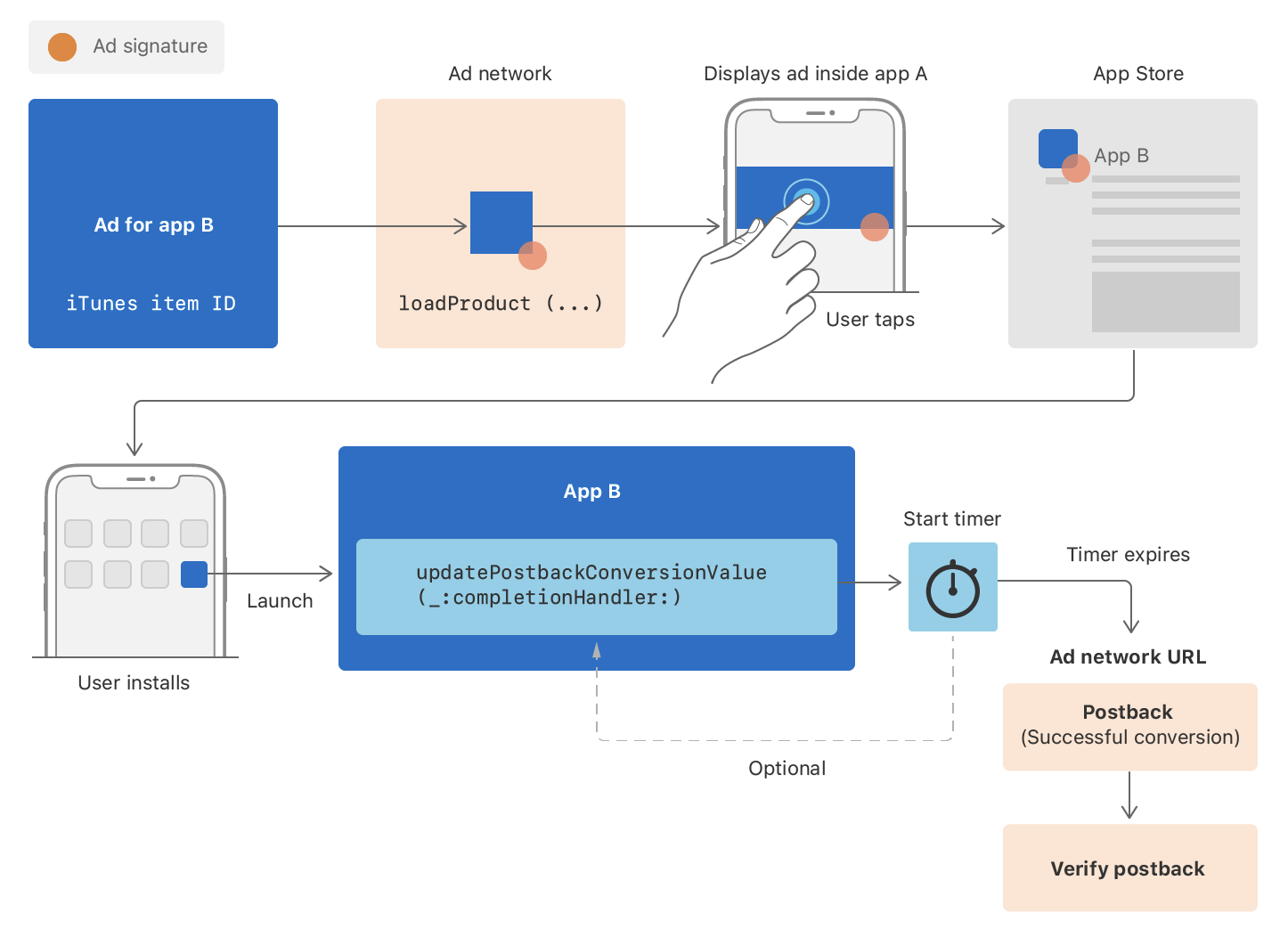 It’s worth mentioning the two types of ads available via SKAdNetwork: StoreKit-Rendered and View-Through Ads.

At launch, the only ad type available was StoreKit-Rendered, which is essentially a rendering of an app’s App Store page alongside an install button to allow users to install directly without having to visit the App Store itself. Once a user clicks the install button, StoreKit presents an overlay of the advertised app’s product page. For a StoreKit-Rendered ad to qualify for an install-validation postback, the user must install the app within 30 days. 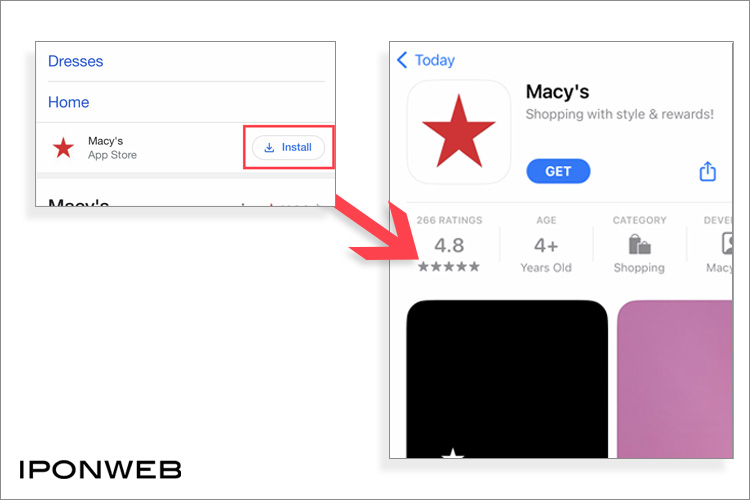 A StoreKit-Rendered ad in action

With the 2.2 update of SKAdNetwork, Apple also introduced support for View-Through Ads, which can essentially be any type of ad placement – display, video, etc. – served by any supported third-party ad server. For View-Through Ads to qualify for an install-validation postback, the user must install the app within 24 hours.

The limitations of SKAdNetwork

As changes such as the introduction of View-Through Ads demonstrate, Apple is open to making changes to the SKAdNetwork framework to help marketers get more from their advertising dollars.

That said, there are still plenty of limitations for this framework when compared to IDFA-driven tracking.

What does SKAdNetwork mean for marketers?

For advertisers, SKAdNetwork has become the de facto method for conversion tracking and attribution for CPI and UA campaigns on iOS.

While not a perfect solution, especially compared to IDFA tracking, it’s currently the only option to achieve any level of scale in reporting. In addition, with 81% of large app publishers either already using SKAdNetwork or planning to in the near future, the industry’s direction of travel seems clear. And where publishers go, advertisers are sure to follow.

The future of SKAdNetwork

With multiple iterations – including some significant changes and improvements – of SKAdNetwork already released, the next big leap is on the horizon.

With SKAdNetwork 4.0, scheduled for release later this year, Apple seeks to make changes to conversion windows, conversion values, and web-to-app tracking for Safari. But we’ll save all of that for part 2 of this guide, which we’ll link to here as soon as it’s available.

In the meantime, if you’re a brand or advertiser looking to supercharge your mobile user acquisition, get in touch with the BidCore team to discuss our uniquely powerful in-app solutions.

Chapter IV: The Challenges of Building a First-Party Data Strategy (And How to Solve Them)